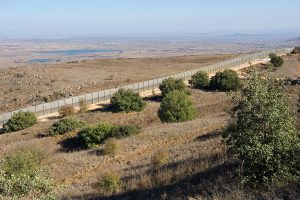 The utopic fantasy of a world without borders has blown up in the faces of many countries, bringing them back to reality with a bang. Defending the entrance to a country is not just about border checkpoints. The land, air, sea and even underground spaces pose security challenges for any country trying to defend its territory, sovereignty and mostly its people. One of the biggest threats is the illegal immigrants’ phenomenon. On the one hand, we strive to be humane. We see the suffering of people from countries in war or in ruins and wish we could open our doors to them, but on the other hand, along with these refugees, some hostile and criminal elements, like terrorists who wish to establish operational bases, drug dealers and other unlawful people, infiltrate into our country.
At first, they are all a jumble of unclear masses, but in time, what had seemed like a minor issue, may turn into a major threat the country’s existence not to mention life in it.
HOY2050, specializes in integrative and creative border defense solutions, with civilian and social elements intended to steer and diminish products and influences in target countries and ensure security to the country’s citizens